So we made it to the airport and we are ready to fly. Our taxi ride was smooth and we had a very nice driver who chatted to Oliver and sang to him! He did, however, think it a very odd arrangement that mum and the son are flying and leaving behind dad and the daughter!

Oliver enjoyed filling out his custom and immigration card and was pleased that the lines were so short. He has bought himself a (heavy) book about wildlife from the Lonely Planet store and currently is playing with the iPads in the Apple Store. 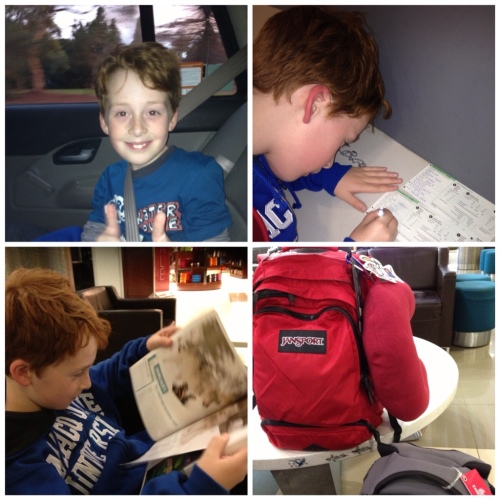 I don't think he quite believed me when I said that we'd have to wait about two and a half hours until we board our plane.

Apparently it's a full flight tonight. I hope he sleeps.

See you in London!

2 thoughts on “At Sydney airport”